Supa Golf was conceived in the early 1990’s by Perth based Australian engineer, Andrew van der Meer. A  keen golfer, and member of the prestigious Lake Karrinyup Country Club, he was unable to get to a driving range for some golf practice so he took his conventional clubs, and his young son, over to the local park and hit tennis balls instead.  Not only did Andrew and young son enjoy it, but by the end of the week most of the kids from the street were at the park waiting for there turn, and so the seed was sown. 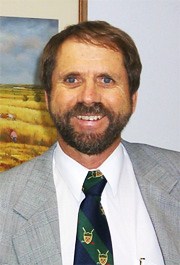 Shortly thereafter Andrew was having dinner with his twin brother, Jim (also a well known Perth engineer) and every bit as keen as his brother when it came to matters of golf.

Folklore has it that over a nice bottle of red they wrote down on the back of an old napkin, the things about traditional golf that could be improved, or if you like, the things that they didn’t like about traditional golf.  These included the fact that it took so long, they couldn’t play with their family, it was very expensive, they always seemed to be buying new equipment just to keep up with all the other progressive players, they hated losing their golf balls (and not only did it cost them $5.00 each time but the two stroke penalty seemed more like cruel and unusual punishment), and the list kept growing.  In actual fact the brothers had for some time been thinking of how you could develop an unloseable ball.

Over the next two or three years the engineers’ minds went to work and Supa Golf was born. What Andrew wanted was not a mini golf concept but a carefully scaled down version of the traditional game that was easier to play, safer, appealed to a greater number of the population, was far less expensive, but at the same time kept the mechanics of the clubs and balls very similar to the traditional game. The logic behind keeping the mechanics the same was very simple. As Andrew put it, “it’s hard enough learning one swing let alone two”. He wanted Supa Golf players to be able to easily transition into traditional golf and traditional golfers to be able to enjoy Supa golf without needing to adjust there normal swing. “I wanted to be able to play Supa Golf with my kids on a Friday, and make it good practise for golf at Karrinyup on the Saturday”. The idea had in the mean time found favour with other investors, most notably Warren and Allan Hassall, the Directors of the Perth based building company, Mills and Hassall.

Significant input came from local PGA Golfer David Breen, who at the time was the Lessee of Wembley Golf Complex, one of the largest and most successful public golf courses in the southern hemisphere. One of David’s roles was to ensure that, unlike all other competitors in this market, the Supa Golf equipment had almost identical swing and flight characteristics to conventional golf equipment. It was this feature that would, and still does, distinguishes Supa Golf from all other competitors.

In early 1996 word of the concept had reached Gerry Hanssen, a Perth builder who was developing a property 25km east of Perth. He had ten acres of land that he was looking to develop and needed a recreational and entertainment theme. He took one look at the concept and the equipment and knew that Supa Golf was the answer.

In conjunction with the Supa Golf team, the worlds first Supa Golf course, Oasis Supa Golf, was designed and built and was subsequently opened in 1997. 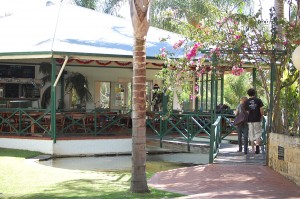 The Entrance to the Oasis Clubhouse

The success of the Oasis resulted in the second Supa Golf course being established in 2000, Supa Golf Palm Grove in Bellevue, Perth.

In 2002 the third Supa Golf course was opened in the south-west tourist region of Margaret River, Supa Golf Chilli Waters.

In 2000 the economic boom hit the state of Western Australia, and most of the shareholders were unable to dedicate any time to Supa Golf as they moved back to their chosen professions, principally building, architecture and engineering, all fields of expertise that were in such enormous demand throughout the boom. Andew and Jim van der Meer in particular were busy with their engineering company which subsequently listed on the ASX as the VDM Group Ltd with Jim, until recently, occupying the position of Managing Director.

At the beginning of 2008, with none of the shareholders able to dedicate any meaningful time to Supa Golf, Andrew van der Meer appointed John Morgan, a graduate in Human Movement and Sport Science from the University of WA, to the position of Manager of Supa Golf. 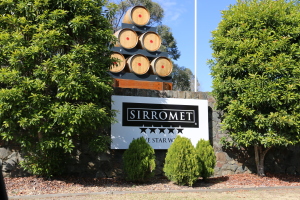 In 2013 the first Supa Golf course in South Australia was established, Adelaide Supa Golf, owned and operated by the City of Adelaide.

In 2013 Supa Golf Europe BV was established, and as the Master License holder for Europe, they have already established eleven Supa Golf courses in the Netherlands and Germany. 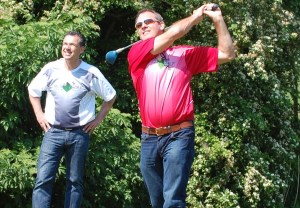 In 2015 Gerry Hanssen, the owner and builder or the worlds first Supa Golf course, The Oasis, purchased shareholding in Supa Golf Pty when he bought out three of the original shareholders including Andrew and Jim van der Meer.