Made up of purely amatuer riders the team had success at it’s first attempt with a second place in the Team Time Trial event held at Caversham on the 30th June 2013.

Brilliantly lead by Australian tri-athlete Mat Sheppard, and powered by the brute force of the wonderful Jeff Grbelja, the team could be rightly proud of their great effort in their first event together. 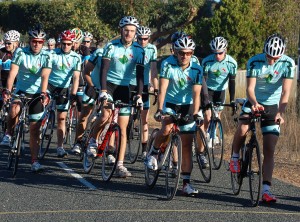 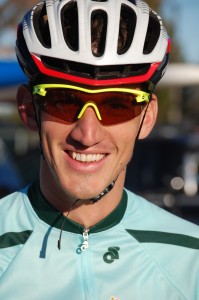 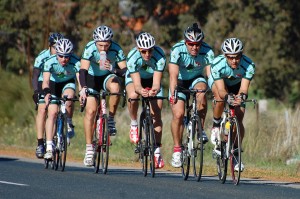 Jeff Grbelja leads the Supa Golf team during the final lap of the Team Time Trial. 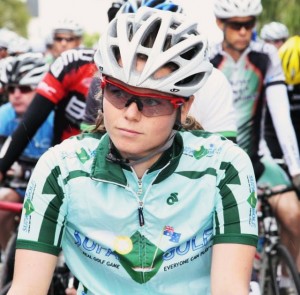 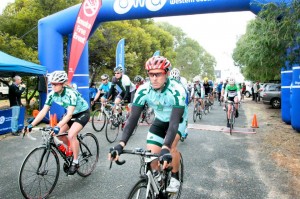 In the Tour de Gracetown again Bill Kirby was prominent finishing third, denied victory by a nasty crash in the last 50 meters, as was Paul Wademan and James Graham.  Brad Fry, Rod Druce and Nick Sareceni all finished in the top thirty but more important was the $30,000 raised which was donated to the Margaret River Hospital.

In the world tri-athalon held in Mandurah in November Jeff Grbelja and Bill Kirby were particiants, Bill riding the bike leg in the team event and Jeff in the Half Iron Man. 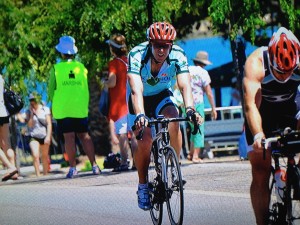 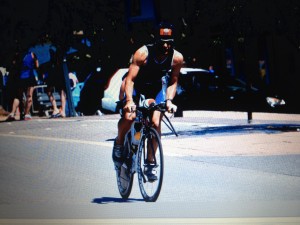 Tour de Grace Town 2015 – The Tour de Grace Town is a very popular and successful fundraiser for the local community. Over 500 cyclists descend on the small southwest town of Grace Town to not only raise money for a worthy local cause, but also inject substantial amounts into the local community. Over $27000 was raised by this years event. Supa Golf was represented by Ivan Traknic, Nick Saraceni, Bill Kirby, Ian Harrison and John Morgan. Although a charity event, there is no shortage of competitive spirit, particularly between the Scott Housten ERS team and the Supa Golf team. Honours this year went convincingly to the Supa Golf team, with the first four place getters wearing the teal-green lycra of Supa Golf. Bragging rights rest with the Supa Golf boys until the November 2017 edition of the TDG. Well done boys! 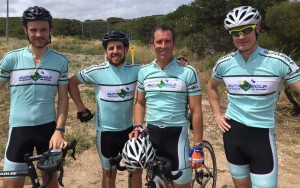 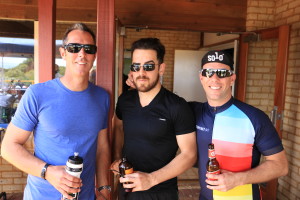 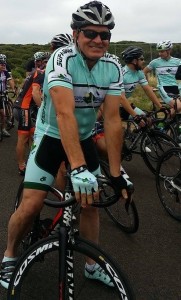 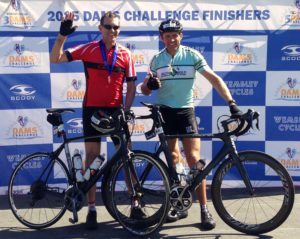 Brad Fry at the finish of the 2015 3 Dam challenge 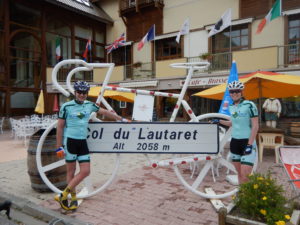 Gwen and Reiny Lossie at the top of the Col du Lauraret France 2015. 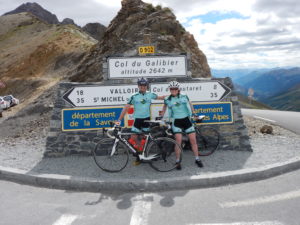 Gwen and Reiny – even higher at the Col du Galibier 2015